Turn that Angry Frown Upside Down! 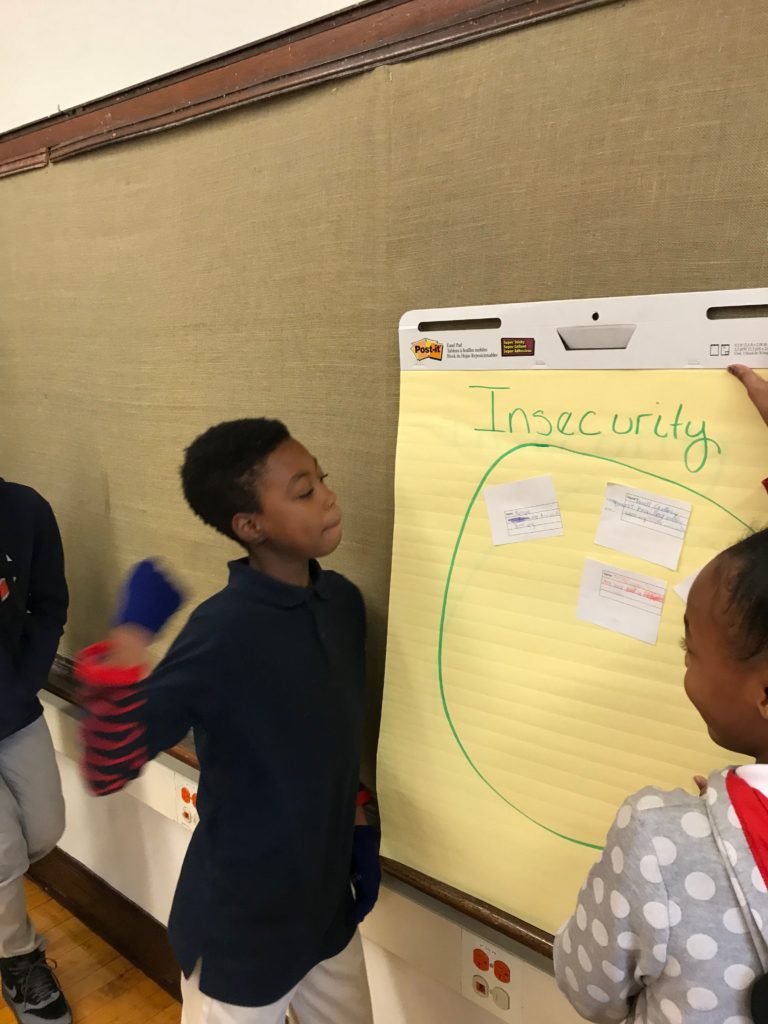 In the beginning of the school year, Roger did not want any part of our Real Awesome Men Mentoring Program. He would sit at his desk with one angry mean frown, just mad at the world. Without budging, he would make his body as hard as a rock and would refuse to stand up and say the Real Awesome Men pledge. Not intimidated by his hard exterior, I made a vow to hug him everyday. In the beginning of every mentoring session, I would pick up his hard rock body and hold him in my arms as we said the pledge. Not once, did he ever resist!

Well, you see this picture here. This was Roger’s  “breakthrough” moment. During this lesson I had the students identify their insecurities and create affirmations that counter attacked their insecure “daily downer thoughts” that hinder them mentally, emotionally, educationally, and socially. Before writing affirmations, I allow the students to express their frustration & anger towards these insecurities by punching the insecurity, stomping on the insecurity, etc while stating something positive! This day, Roger wrote down that his insecurity was his attitude and he punched the wall as hard as he could yelling, “My attitude does not define me!” Afterwards, he came up to me and said, “Ms. Ariel, why are we doing this?” Surprised that he even spoke a word to me I responded, “We are doing this because our insecurities are affecting us negatively every day, even how we thrive in school!” Expecting him to go sit back down with a frown, Roger kept a smile for the rest of the mentoring sessions. The following week, I chose 3 responsible individuals to be on our photography committee and Roger was one. Why? Although he showed a negative attitude, he always kept to himself and I needed someone who stays away from chaos to keep the camera protected. Although he never participated physically due to his attitude, he always acknowledged me when I spoke to him with eye contact. I saw that as a positive trait, because listening to directions is key when it comes to managing a camera.

When I called his name to be on the photography committee, Roger was elated and during report card pick up, he ran into our room with his sister & grandfather with a BIG SMILE! He could not stop expressing his joy of being in the program and how we was “in charge” of photography. I am so very proud of Roger for turning his frown upside down and can not wait to see how he continues to thrive & demolish his insecurities for the rest of his days!

To donate to our mentoring program for #NationalMentoringMonth visit www.dunamiscommunity.org/donate

Use the search box to find the product you are looking for.

No products in the cart.